That apparently has resulted in a boost in U. You look at so many different levels. Please turn off the television quickly. And if it doesn't blow, you can forget about television for that night. The wind isn't blowing. Trump also complained in Ohio that wind farms affect views, which he claimed decrease home values by 65 percent though evidence does not support that. He was apparently thinking of his golf course in Scotland.

Just weeks after Trump was elected president, he harangued British politician and key Brexit campaigner Nigel Farage at a meeting in New York to fight against a wind farm in Scotland because Trump said it was ruining the views near his Aberdeenshire course. Trump sued the Scottish government over the wind farm — and lost. I'm glad he told us that the wind only blows sometimes. Certainly no one has taken that into account. We need more novel thinkers like Trump. When more energy is being produced than is needed, that energy can be stored and used later. Further, if a grid relies on both wind and coal, then when the wind is blowing, you don't need to burn as much coal.

You can always ramp up the coal consumption if the wind dies out. Do you have information you want to share with HuffPost? Tap here to turn on desktop notifications to get the news sent straight to you. US: climate change is a pressing and complex challenge that requires investment in alternative energy and a commitment to science and technology. Correction: Trump knows a lot about hot air, not wind. 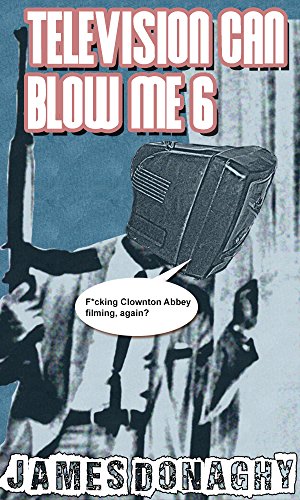 That's not actually how renewables work. Never bring lies to a science rodeo, partner. So much so they can supply a whole day on just wind. Trump is an idiot. Hillary Clinton didn't talk about wind power.

How a TV Works in Slow Motion - The Slow Mo Guys

She supported fracking. I guess Donald is an expert on wind and big big water that's very wet. Oh she did, she very much did say "blow me". I'm sure as in blow me over, but I burst out laughing when she said it. Mary Berry is a treasure. So, I think was this episode, and not the bread one, but did I actually hear Mary Berry say "blow me" like, "well, blow me if he didn't come up with something delicious!

I, of course, didn't rewind and did delete the episode, but the fact that the camera stayed on Sue's deadpan face for like 5 seconds afterward makes me think it was that.


We had taped it, and just watched it. That is absolutely what she said. We roared. I didn't have a problem with the close-captioning, but both of the episodes Friday night kept breaking up and pixelating not sure of the correct technical term but it's when the digital signal breaks up the picture into all lines, squares and rectangles and everything just stops for a second or two on WTTW, channel 11 in Chicago.

Count me in the party who thought Tamal should have won star baker. I like Ian, but the judges were already skeptical about Tamal using mango, and they were blown away at how much they loved it. I thought he made a bigger splash than Ian using herbs. Wasn't surprised that Sandy went home. Glad that Nadiya's pop can turned out OK, because I thought it would collapse. That said, the sides of the cake looked unfinished and the pan was still visible. Was that supposed to happen? Surprised the judges didn't mention it. Now I'm thinking about Alvin's rumpled slacks covered in raspberry sauce.

Source: learned the hard way. I was surprised the challenge recipe worked out for as many bakers as it did considering the rain. Humidity is the worst thing for meringue. I always thought the British word for underpants was knickers. Although it could be true that pants could mean the same. But you can bet Sue is well aware that the connotations have shifted in recent decades, even if Mary isn't.

Or Mary may know when she has time to think, but still unthinkingly reverted to an idiom of her youth. I don't like custard or meringue or cheesecake, yet many of the bakes looked scrummy to me. I just love this show so much. That said, when Alvin had his oven open and saying they weren't done enough, I was yelling, "Close the door!

You're letting all the hot air out! I've really only heard ombre used in the context of colors in fabric and other fashion senses. Is it commonly used in a culinary sense? I kind of hate meringue so those were unappealing to my imaginary GBBO taste buds to start with, but it was funny to me that most of the contestants had much more trouble with baguettes as a technical challenge. I'm right there with you, except that I absolutely hate meringue in all forms. The Wind Torte had as much appeal to me as decorated Styrofoam. Still, I expected disastrous results similar to the arlettes.

The biggest mystery was why Sandy decided a wing top was necessary. Anyone else thing that Nadya and Mat's cheesecakes were meant to be together - soda pop and candy bar cheesecakes are quite the combo. She was referring to shading her frosting from light to dark on the sides, not anything that related to the taste. So much word to this. I'm jealous, I wish I had thought of the phrase "decorated Styrofoam"! They also never got into why it was important to know that it was an Austrian dessert. I'm curious about the Windtorte. I'm not the biggest fan of the merengue, but it looked so pretty and elegant.

I thought Nadiya should have gotten a special commendation for her fizzy pop cheesecakes given the levitating pop can and brilliance of the Italian merengue soda fizz. It was so fun and so different from everyone else's.

Let Us Blow Your Mind: You Can Get HOW MANY Channels With an Antenna?

I understand that she couldn't have been Star Baker with her poor technical and one of the cheesecake layers was off, but it seemed on another level to me. I didn't understand Mat's candy bar inspired flavors. Is this a British candy bar thing? On a shallow note, Tamal is really attractive. He's also been consistently excellent, and he seems to be really nice. Honeycomb toffee. I saw Martha Stewart demonstrate making it so it is known in the US.

It appears to be very popular in Britain because I've seen it made on several British cooking competitons. I love the use of ombre shading on fabric. I did much better in conveying how I felt about meringue. I loved the discussion after the cheesecakes, when Sue told Paul to start digging in to the slices in front of them, and he gave her a kind of sickly, nauseated smile. Sometimes I wonder how Paul and Mary make it through a judging without saying "I can't go on" at some point. Especially when the baked goods are as rich as cheesecake.

‘Wayne’s World’ Director Penelope Spheeris Sounds Off on Exiting Hollywood: ‘They Can Blow Me’

Everyone certainly know the requirements going in, but the skillsets for a pastry chef vs a bread baker aren't exactly the same and the contestants have to be well versed in so many techniques. I am so with you in the dislike of meringue. I think it's actually partially visual for me, oddly enough. It looks so appealing and pretty when piped and then the texture always seems wrong to me. The visual read is "Oh, that looks like it will be delightfully creamy, cool and refreshing! Add to that the whole essential absence of taste and I always take a pass on the stuff.

However, that Windtorte was so much fun to watch being made and fits with my experience of meringues: best viewed rather than eaten. I was actually a little bit surprised that Ian got star baker again this week.


I like him plenty, he has a nice, dry sense of humor and a very mild manner, but this week he seem to get it for being consistently proficient in all of the challenges, vs. I always imagine whoever actually took Top Male Baker in his village just gnashing his teeth about his stolen glory.


Meanwhile, the Best Female Baker and yo, Ian's village, bit sexist to divide them, don't you think? I got a kick out of Flora just whipping up macarons to decorate her cheesecakes and Paul's hobby of making sugar flowers came in handy too. I'll miss Sandy, she had a wonderfully mischevious sense of humor and I wish I could hang out with Nadiya, drink tea and sample her cheesecakes.

I'm not the biggest fan of creme brulee either, so the challenges didn't leave me drooling or anything,.

All trails lead to our door

I think it was Mat who was watching Nadiya do something, she very obviously teasing told him to stop watching her and he said "It's not a technical" so that does seem to be the gig with technicals. They aren't supposed to look around to see what other people are doing. Tamal helping Sandy attempt to stack her cheesecakes is one of the reasons I just love this show. They were both laughing and whereas Sandy seemed sad to go, it seemed to be more about missing the experience of being with everyone than feeling like she'd lost a competition, if that makes sense. For a moment I thought that Ombre shading in hair coloring must not be a thing in the UK and then I realized that even if it was, the likelihood that Paul and Mary would know about it would be fairly slim.

I did love just how stumped they both looked and Ugne turning increasingly red trying to explain it. That woman has the best giggle. Or me. Sometimes the challenges get too British, if you know what I mean. But I always love watching the bakers work, especially when they haven't the faintest idea what they're supposed to be baking. I know what you mean. I have nothing against fruit, but do they have to add fruit to everything? I'm American, dammit. Growing up I was the sole American in my family long story as my mother and half brother are both Scottish, so trust me on this, I really, really do know what you mean.

As a teenager I think I was dragged to every Highland Festival on the East Coast and I lived in fear of the food, which would have them in raptures while I watched people toss a caber and tried to avoid the meat pies stall.